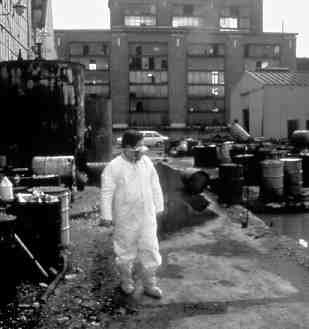 A Bad Place to Lose Your Mask
In what amounts to an out and out war with emergency responders and civilians, an underground army of toxic thugs litter our countryside with discarded piles of unlabeled toxic materials in glass bottles, cylinders, leaking crates, and 55 gallon drums.
Imagine firemen, police, or HAZMAT personnel entering an abandoned warehouse that has caught fire. Abandoned is the key word here. It’s supposed to be empty, but instead is stacked full with 55 gallon drums filled with mutagenic chemicals that are also “skin permeable,” or that can eat through protective clothing. How about rooms filled with illegaly dumped glass bottles of laboratory grade sulfuric acid in a burning building. Hot sulfuric acid burns through a lot of things. It’s a nightmare scenario.
Try this- imagine going into a supposedly empty burning building that you suddenly discover is filled with discarded acetylene cylinders left by an illegal dumper who showed up in the middle of the night with cylinders filled with highly dangerous gas and simply unloaded them into the building without instead properly disposing of the gas. 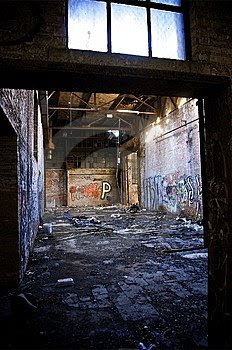 In Detroit, we have a big problem with this sort of thing as there are a lot of “empty” buildings. Fortunately, in Michigan (as in an ever-increasing number of states) they take this very seriously. We have an active participation in the EPA’s Illegal Dumping Prevention Project.
On their EPA website it says, “Illegal dumping is a major problem that raises significant concerns with regard to safety, property values, and quality of life in our communities. In addition, it is a major economic burden on local government, which is typically responsible for cleaning up dump sites.
“The Region 5 Illegal Dumping Prevention Project was established to exchange information and establish partnerships to develop and implement strategies to combat illegal dumping. The overall goal of this effort is to add value to local efforts to prevent and mitigate illegal dumping.”
My question is this– how is an emergency responder supposed to deal with dangerous chemicals they don’t even know are there?
For example, I know of a facility with 200 pounds of toxic chemicals they didn’t declare because they were shipped to their building by a company that said they’d be right there to pick them up but went out of business the next week. Those chemicals were there for 10 years before the owner had the money to get them out. Damned good thing there wasn’t a fire before he took care of it. 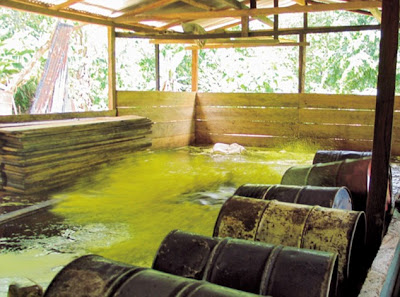 How Does a Responder Handle Something Like This if They Don’t Even Know it’s in the Building?

Stress and Training the HazSim Way- Part Four of Five